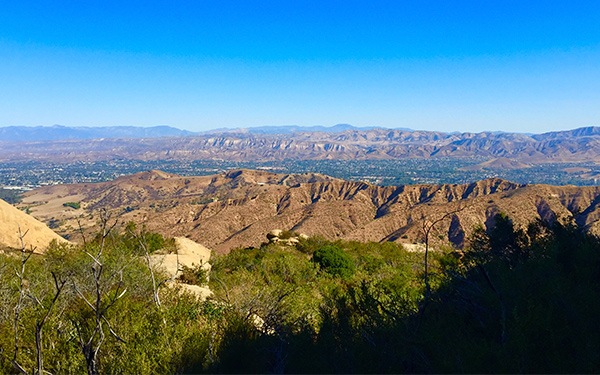 The city of Simi Valley (from the Chumash word, Shimiyi), in the eponymous valley, is in the southeast corner of Ventura County, California, United States, 40 miles from downtown Los Angeles, making it part of the Greater Los Angeles Area. The city sits next to Thousand Oaks, Moorpark, and Chatsworth. The city’s 2018 population has been estimated at 125,851 up from 124,243 in 2010. The city of Simi Valley is surrounded by the Santa Susana Mountain range and the Simi Hills, west of the San Fernando Valley, and northeast of the Conejo Valley. It grew as a commuter bedroom community for the cities in the Los Angeles area and the San Fernando Valley when a freeway was built over the Santa Susana Pass.